Latest from the markets

The news that France and Germany look to be in agreement on the "recovery fund”, expected to be 500 billion with the debt shared within the budget of the European Commission, gave a boost to the Euro and to peripheral Eurozone government bonds. The two countries agreed that payments from the fund would take the form of a grant, and not a loan. A few more technical details will need to be discussed later by the European Commission, but the markets seem to want to believe that the consensus between the two countries can translate into an agreement between the EU member countries soon.

The war of words between President Trump and the World Health Organization continues; he restated his belief that they are as culpable as China for the spread of the pandemic. Trump threatened to permanently suspend the organization's funding and withdraw US membership of the organization.

Treasury Secretary Steven Mnuchin and Federal Reserve Chairman Jerome Powell appeared before the Senate Banking Committee, defending the programs put in place to mitigate the effects of the coronavirus on the US economy and demanding further efforts from Congress.

On the macroeconomic front, the April figures for new car registrations in Europe were published. The data is dire, one example for all: the Italian figure was -97.6% year on year. On the positive side, in Germany, the ZEW economic sentiment index for the month of May was a positive surprise at 51 compared to 32 expected.

The US published the new building permits and new construction of houses for the month of April. The former proved to be in line with expectations with a contraction of -20.8% month on month, while the latter dropped by -30% to 891,000 units compared to 927,000 expected.

Closures were down for most European markets, but relatively small compared to Monday's strong jump. The Eurostoxx50 index closed in slightly negative territory at   -0.32%. The German DAX even managed to close slightly positive at +0.15%, while the French CAC 40 fell by -0.9%. The European periphery suffered more, due to ban on short-selling being lifted – this had been in place since March 17th last. The Spanish Ibex lost -2.5%% and the Italian FTSE MIB -2.11%. London closed down by  -0.77%. Wall Street also closed negative with the S&P 500 index down -1.05%, with liabilities accrued in the last hour of trading.

Unless otherwise stated, all information contained in this document is from Amundi Asset Management and is as of 30 April 2020. Diversification does not guarantee a profit or protect against a loss. The views expressed regarding the market and economic trends are those of the author and not necessarily Amundi Asset Management and are subject to change at any time based on market and other conditions and there can be no assurance that countries, markets or sectors will perform as expected. These views should not be relied upon as investment advice, recommendation, an indication of trading for any Amundi product and this material does not constitute an offer or solicitation to buy or sell any security, fund units, or services. Investment involves risks, including political and currency risks. Past performance is not a guarantee or indicative of future results. 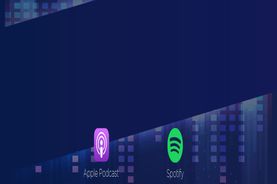 ‘We are delighted to bring you our new ad-hoc podcast. This theme-specific initiative will run for four weeks and is available in five different languages’. Take a listen below! 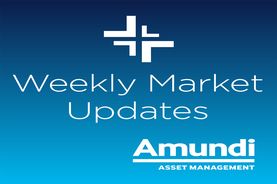 Amundi is delighted to launch its weekly market update podcast. 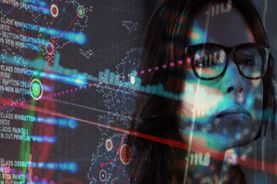 International stock markets closed positive again yesterday, although Wall Street ended the day just shy of the day's highs and the S&P 500 index failed to close above the psychological threshold of 3,000 points.This was mostly due to the correction seen in technology stocks and online stocks in general, which have supported the market's recovery thus far.Conversely, the sectors that have suffered most in the pandemic, such as airlines, holiday and cruise companies, are making a comeback – although they do have a lower weight on the large indices.