After the resignation of Boris Johnson as prime minister, what is your outlook regarding British political development? With the economic situation having deteriorated considerably since the beginning of the year, it is vital for the Conservative Party to agree on a new leader quickly. A leadership election for the Conservative Party is expected to take place in the coming days/weeks. A more precise timetable should be announced soon by the 1922 Committee, a committee of Conservative elected representatives that oversees the election of the party leader.

Time to refocus on bonds - Rethinking portfolios after the great repricing

Inflation has risen to levels not seen in 40 years, leading to a repricing of financial markets this year, which has been particularly severe in the fixed income space. 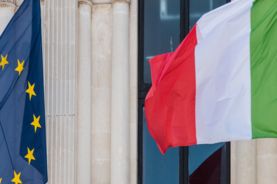 Italy election: no major surprise from the polls, maybe positive for markets