With the contribution of the Research Strategy team and Chris Morris, Senior Portfolio Manager

What is the most likely Brexit outcome in light of recent developments?

The most likely outcome is that the Withdrawal Agreement signed on 17 October between the UK and the EU will be ratified, leading to an orderly Brexit and the initiation of a transition period during which the UK will retain most of its access to the EU single market until at least end-2020. This ratification will probably take place only after the snap election scheduled for 12 December, that is, at the end of 2019 or in January 2020 if, as polls indicate, Tories win the election. In the alternative scenario of a victory by opposition parties, the most likely outcome would be a second Brexit referendum. In any case, the developments of the past two weeks have greatly reduced the risk of a no-deal Brexit. Before the 17 October EU/UK deal, the prospect of snap election won by Tories was seen as an event that would have increased such risk. Residual paths to a no-deal still exist though, for instance if the election yields another hung Parliament, if a Tory majority tries to renegotiate the deal and relations with the EU become very stressed, or if voters reject any other solution by referendum. However, even in these cases, many other events would then have to follow for a no-deal effectively to happen and we do not see it as likely anymore.

Which UK political developments do you foresee in light of an extension?

Due to the first-past-the-post system, UK election results are notoriously difficult to predict. In the central scenario of a Tory victory conducive to an orderly Brexit in early 2020, a new risk that could appear is the refusal by the new Tory majority to extend the transition period beyond end-2020. As it is unlikely that a comprehensive trade deal with the EU will be signed in such a short timeframe, there could be a trade shock as the United Kingdom abruptly loses its access to the Single Market at the end of next year. Conversely, in case of a victory by opposition parties that push for a second referendum, another extension of the Brexit deadline would become necessary and the campaign for the referendum could be acrimonious. It is not clear, at this stage, what the alternative proposed to voters would be in such a referendum.

How do you see the UK medium-term economic outlook?

Even if a no-deal Brexit is avoided, there could be risks to growth at the end of the transition period, as mentioned above. Even in the case of a smooth transition into a new permanent trade regime with the EU, the loss of access to large segments of the EU Single Market – especially services – combined with potential restrictions on immigration -- will be detrimental to potential growth, unless the UK ultimately opts for a formula where it remains closely aligned with the Single Market. At this point, it is difficult to say whether the UK economy will underperform that of the EU over the long term, as this depends on economic policies conducted on both sides of the Channel. Whether the City of London can retain most of its high value-added functions and its status of global financial hub will be an important factor. In any case, just as Britons have been divided over Brexit, they are likely to be divided also over economic policies to pursue after Brexit.

What are your expectations regarding UK monetary policy, and which developments do you foresee regarding UK government bond yields?

Following recent developments regarding Brexit negotiations – also partly driven by a broader global trend in bond markets ‒ UK nominal rates have increased over the past weeks, from around 0.40% in early October up to 0.75% following the announcement of the deal and the significant reduction in the likelihood of a no-deal outcome. Market-implied probabilities of an easier stance by Bank of England (BoE) rapidly changed as a consequence, with markets moving closer to a more neutral attitude on the part of the central bank compared with over 25 bps of cuts discounted at the peak of uncertainty. The agreed extension and the likelihood of ratification of a deal should allow the BoE to stay on hold for a long time unless the global picture deteriorates further. There are two factors supporting an on hold stance: domestically, some uncertainty will remain due to the Brexit cliff at the end of the transition period; the second factor relates to the global trend towards easier monetary policy by major central banks over the past few months. For such reasons, we expect UK 10-year government yields to have limited upside.

Beyond short-term volatility, what is your GBP fair value estimate? How do you expect the currency to perform under different scenarios and in the longer term?

The GBP is currently among the most undervalued currencies in the G-10 space compared to the country’s economic fundamentals. Our fair value estimates are 1.49 for the GBP/USD and 0.81 for the EUR/GBP in the medium term. These estimates are the average result of different models based on variables including, among others, UK terms of trade, inflation and interest rate differential with the United States, and the degree of domestic fiscal accommodation. The GBP undervaluation is confirmed by a basket of financial variables with which it is highly correlated in the short term and include, among others, the relative performance of UK real estate compared to the equity market and the US-UK interest rate differential. However, we do not believe these fair values will change soon. In the unlikely scenario of a no-deal Brexit, we foresee a weaker and more volatile GBP, due to looming uncertainty.

What are your main investment convictions on UK fixed income and the forex market?

On a tactical basis, with the no-deal risk greatly reduced, growth could pick up slightly, pressuring Gilt prices lower, with yields rising accordingly.

Offsetting such an impact, sterling has rallied recently, pushing import prices lower and reducing the need for the BoE to raise rates to keep inflation at target. This should help keep short-dated bond prices supported. We would therefore expect a steepening of the Gilts curve. In view of the progress towards a deal, further GBP strengthening versus both the dollar and the euro is likely, and we are no longer negative on sterling. The likelihood of the Conservative party winning a majority in December would encourage inflows and keep Gilt prices well bid, with yields lower than they would be otherwise.

From a strategic standpoint, any relief for Gilts and support for the currency is likely to be short-lived. Given that the United Kingdom is an open economy and that it is loosening its ties with its biggest trading partner, Brexit will have a long-term corrosive effect on the economy, with consequently structurally lower rates.

How do you see the UK equity market valuations compared to the broader European market? How much uncertainty is currently priced in?

The UK market currently trades at cheaper valuations than the broader European market due to Brexit-related uncertainty. In order to assess this valuation gap, we combine the most common indicators into a Composite Valuation Indicator (CVI). Variables included are trailing price/book ratio, dividend yield, and price/cash flow. Comparing the latest value of the indicator with its historical level, we find that the MSCI UK index currently stands at 12%.

This means that the UK market has been cheaper on only 12% of occasions since 1995 (inception date of the indicators included). Doing the same exercise regarding European and Eurozone equities delivers results of 36% and 45%, respectively. Historically, the UK and Eurozone CVI indexes track each other closely, except regarding a few episodes, such as the Eurozone sovereign debt crisis in 2011-12 (to the advantage of UK equities) and during the commodity sell-off in 2014-15 (to the advantage of Eurozone equities).

Over the past couple of years, there has been a large gap between the two indicators, with UK equity valuations under pressure because of Brexit-related uncertainty. The gap between the UK and the Eurozone indexes corresponds to rerating potential of 17% in favour of UK equities. This means that if the value of the underlying indicators that contribute to the CVI is increased by 17%, the UK would then have the same score as the Eurozone for such indicator. However, such an outcome may not materialise. Even if a no-deal Brexit is avoided, the path to a new policy framework – especially regarding trade agreements – is uncertain.

A few factors could prevent potential upside in UK equities:

For the time being, we see opportunities in UK domestic stocks that are less export-oriented than the FTSE100 companies. A likely rebound in consumer confidence may benefit house builders, UK consumer discretionary stocks (eg, low-cost airlines), and banks.

Once Brexit is behind us and geopolitical uncertainty lessens, do you expect investor appetite to return regarding European equities?

A reduction of uncertainty should help drive investors back to European equities, as this market is highly sensitive to economic surprises, which were a drag on sentiment over the summer months, with EPS expectations for 2019 revised lower. While attractive relative to other geographies, the European equity market is not cheap in absolute terms. The trigger for a return of investor appetite could come from supportive fiscal policy. There is growing consensus among governments that greater fiscal expansion ‒ on top of the accommodative monetary policy by the ECB ‒ in terms of infrastructure and ‘green’ expenditure is necessary to cause an acceleration of the economy. While this will not happen immediately, prospects are for a heightened willingness to invest. In addition, European corporates benefit from sound financial positions in terms of balance sheet sustainability and cash generation that should be supportive over the medium term. Finally, Europe is currently out of favour with global investors with relentless outflows. Better valuations should help drive capital flows back to Europe.

Unless otherwise stated, all information contained in this document is from Amundi Pioneer Asset Management (“Amundi Pioneer”) and is as of October 30, 2019.

The views expressed regarding market and economic trends are those of the authors and not necessarily Amundi Pioneer, and are subject to change at any time. These views should not be relied upon as investment advice, as securities recommendations, or as an indication of trading on behalf of any Amundi Pioneer product. There is no guarantee that market forecasts discussed will be realized or that these trends will continue. These views are subject to change at any time based on market and other conditions and there can be no assurances that countries, markets or sectors will perform as expected. Investments involve certain risks, including political and currency risks. Investment return and principal value may go down as well as up and could result in the loss of all capital invested.
This material does not constitute an offer to buy or a solicitation to sell any units of any investment fund or any service. 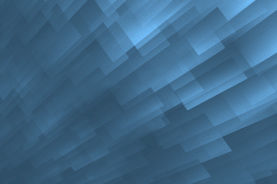 Recent shifts in the Russell 1000 Growth Index have left it more concentrated at the stock and sector levels. What does that mean for investors? 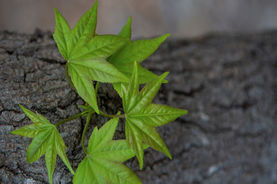 A new concept rather than just a new label 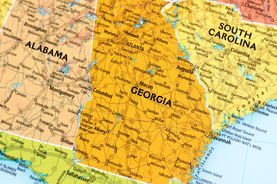 The 2020 US general elections ended on January 6 2021 with a Democratic sweep of two critical Georgia Senate seats.

Not FDIC insured | May lose value | No bank guarantee